Matrix elliptical trainers are quickly making a name for themselves in the high-end cardio machine market with a brand new lineup for the residential market.  With two elite suspension ellipticals and two ascent trainers, along with three different console choices, there is something for everyone if you have the budget. 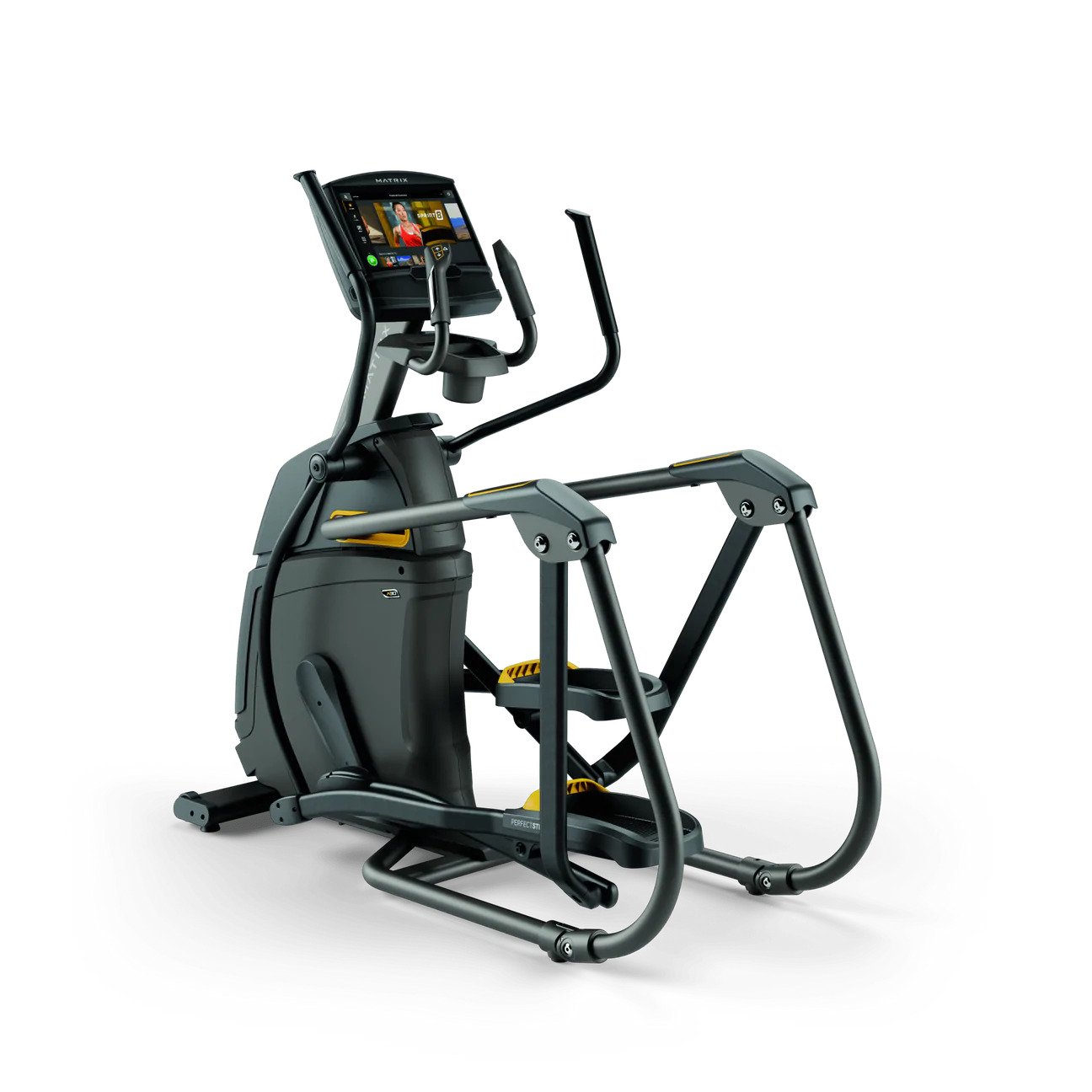 Matrix ellipticals are manufactured by Johnson Health & Fitness, one of the largest exercise equipment companies in the world. The company also makes the popular Horizon and Vision lines.

The compact Matrix ellipticals are exactly that, compact.  They are less than 58" long, which is among the smallest you will find anywhere, especially among commercial grade cardio equipment.

The up-level E50 model adds 30 levels of resistance, Exact Force Induction brakes for even smoother operation and a stronger warranty, in addition to all of the features found on the Matrix E30.

The Ascent Trainers are the more advanced Matrix ellipticals, offering more freedom of movement as well as the addition of incline capability for further muscle targeting. They have a larger footprint as well and are a bit heavier.

The base A30 model features a 20" - 24" adjustable stride, 20 levels of resistance, PerfectStride Motion, 24-54% incline, the patented Sprint 8 interval program and iFit interactive workouts.

The up-level A50 model adds 30 levels of resistance, Exact Force Induction brakes for even smoother operation and a stronger warranty, in addition to all of the features found on the Matrix A30.

Which Matrix Elliptical Should You Choose?

Fortunately, there aren't that many models to choose from, so it's a little easier to make a decision with Matrix than it is with the other high end brands like Life Fitness and Precor, both of which have pretty extensive lineups.

The Compact line is definitely more affordable, at around $2900-$3500 with the base console. So if budget is an issue, definitely consider these over the Ascent Trainers, which run about $3700-$4300.  They are also much more space friendly and lighter, a better choice for those with limited space in their home gyms.

However, the Ascent Trainers give you much more freedom of movement, and are also a bit smoother and quieter than the Compact Matrix ellipticals.  You get a generous adjustable stride as opposed to a fixed one, and you also get incline capability to ramp up the cardio and muscle targeting.

If you have the budget, you will get more enjoyment out of the Ascent Trainers...but the Compact line is awesome as well, and you certainly won't be disappointed with the E30 or the E50.

What about the four consoles?

Console options are always a nice feature to come across, but that can be a little confusing as well.  Matrix ellipticals come with four possible consoles:  The XR, XER, XIR and XUR. The XR is the base console, and the XER, XIR and XUR are more advanced.

Here's a quick breakdown for you:

The basic display is an 8.5" extra wide blue LCD.  Most of the important features are included: ViaFit tracking, Passport videos on your TV, SPrint 8, WiFi enabled and 6 built in workout programs included the patented Sprint 8 program we mention above.

The step-up display is a 10" touch screen as opposed to the LCD on the XR.  It features Virtual Active, which is the Passport videos on the console itself rather than on your TV only with the XR.  You also get Bluetooth connectivity, Smart phone compatibility, speakers, USB port, all sorts of apps including My Fitness Pal, Netflix and Twitter and a total of 14 built in workouts.

The XIR has everything the XER has, but features a large 16" HD touch screen instead of the 10" touch screen.  Otherwise, everything is exactly the same.

Which Matrix elliptical console should you choose?  The basic XR is just fine as it does include workouts and tracking capability.  However, the XER, XIR & XUR give you many more features and capabilities including more than double the amount of workouts, iFit compatibility, touch screens, Bluetooth capability with all of the latest apps and a speaker system for your music.

Our favorite console? The mid-level XER would be our choice.  The 10" touch screen is large enough for us.  Although the HD 16" screen on the XIR is awesome, it's not 100% necessary. However, if money is no object, by all means go for it.

What Do the Professionals Say?

So far the reviews have been great and the pros are very excited about the fact that Matrix ellipticals are now available in residential models.

The company is doing what Life Fitness and Precor have done successfully for several years now...bringing gym-quality, commercial machines into the home environment for those who want the same great experience they have when they're at the health club.

The four Matrix ellipticals are beautifully designed with the latest technology behind them, and the fact that you can customize the consoles (like Life Fitness) makes them that much more appealing.

If you have the budget and want the best of the best for your home gym, Matrix ellipticals are a really great choice.

If you're interested in a Matrix elliptical, Johnson Health runs special sales throughout the year on various models (currently up to $400 off) so take advantage of those reduced prices if possible.

These are very similar to the machines you find in high-end gyms and health clubs, so if you've ever used one there you can expect the same quality workout on their residential units.

The company has great customer service, especially compared to other brands, so buying online is not an issue.  You can always reach the company if you have any questions.

Matrix ellipticals are currently on sale