Calorie Counters on Elliptical Machines – How Accurate are They?

Calorie counters on elliptical machines have been the subject of some debate the past few years. Since ellipticals are so easy and comfortable to use it’s hard for some users to believe that such a painless workout is actually burning calories.

Should You Believe the Calorie Counter?

But how accurate are the calorie counters? Most elliptical machines are programmed with default stats to give average results for average users, but higher end machines allow for some user input to better gauge all the variables (height, weight, gender). Unfortunately, the calorie counters on elliptical machines can only give a general reading; there is no way to accurately know your caloric expenditure based on the counter alone. 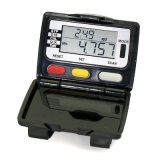 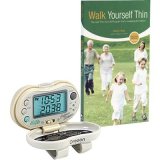 There are a couple of things you can do to estimate your own calorie burn. First, as a rule of thumb, remember that elliptical machines generally help you to burn about 300 calories an hour for a moderate workout and upwards of 600 calories an hour for an intense effort. You can also use the machine’s HRM (heart rate monitor) to get a second opinion of the amount of calories you’re burning.

We Got the Skinny from Sole

Many people wonder if the manufacturers fudge a bit on the results - perhaps a readout of 400 calories burned might really be only 300 calories - to make us feel good about ourselves.

We had just such a question from a reader about the calorie-burn rate she was getting from a Sole elliptical machine versus a rate recorded on a ProForm: "I worked out on a Sole E35 and found that the machine’s calorie counter was showing less calories burned per minute of hard workout (10 calories per min) than I had seen in ProForm machines (24 calories/min). Which one is wrong?"

Since we thought 24 cals/min was an unusually high rate (that would mean 720 cals burned if you could keep up the pace for 30 minutes!), we asked Sole Fitness, one of the leading elliptical makers, about the discrepancy in the calorie count. Their reply was that ellipticals are either programmed to calculate using a bicycle formula or a walking formula. To make their own readouts more uniform, Sole has changed the calorie counters on all of their 2008 elliptical machines to a walking formula which is the algorithm used on most models found in health clubs.

If you have an older Sole elliptical machine and feel that the cal/min formula is suspect, contact the company and they’ll easily walk you through the steps on how to change the calorie counter’s formula in your console.

The calorie counters on elliptical machines should be used only as a guideline. Don’t get obsessive about the number of calories burned during your workout and whether or not your elliptical machine is giving you an accurate reading. You should not use the information to think you can increase portion size at lunch, for example. The best calorie count, the way to true weight loss, is to pay more attention to the calories you put in your body.