Cubii Reviews – Are They Worth Buying?

Cubii ellipticals have become quite popular over the last few years, steadily surpassing the competition due to their ease of use, ergonomic design and compatibility with fitness apps. They offer a way to get a little workout in while you work, watch TV, browse the internet or anything else you like to do in a seated position.

But are they worth it? At over $200 for the base Cubii Jr. model, we wanted to see if this under desk elliptical trainer was worth it. So we punched up a Cubii from Amazon and our experts gave it a go.

Let's jump into our review to see what these compact trainers are all about... 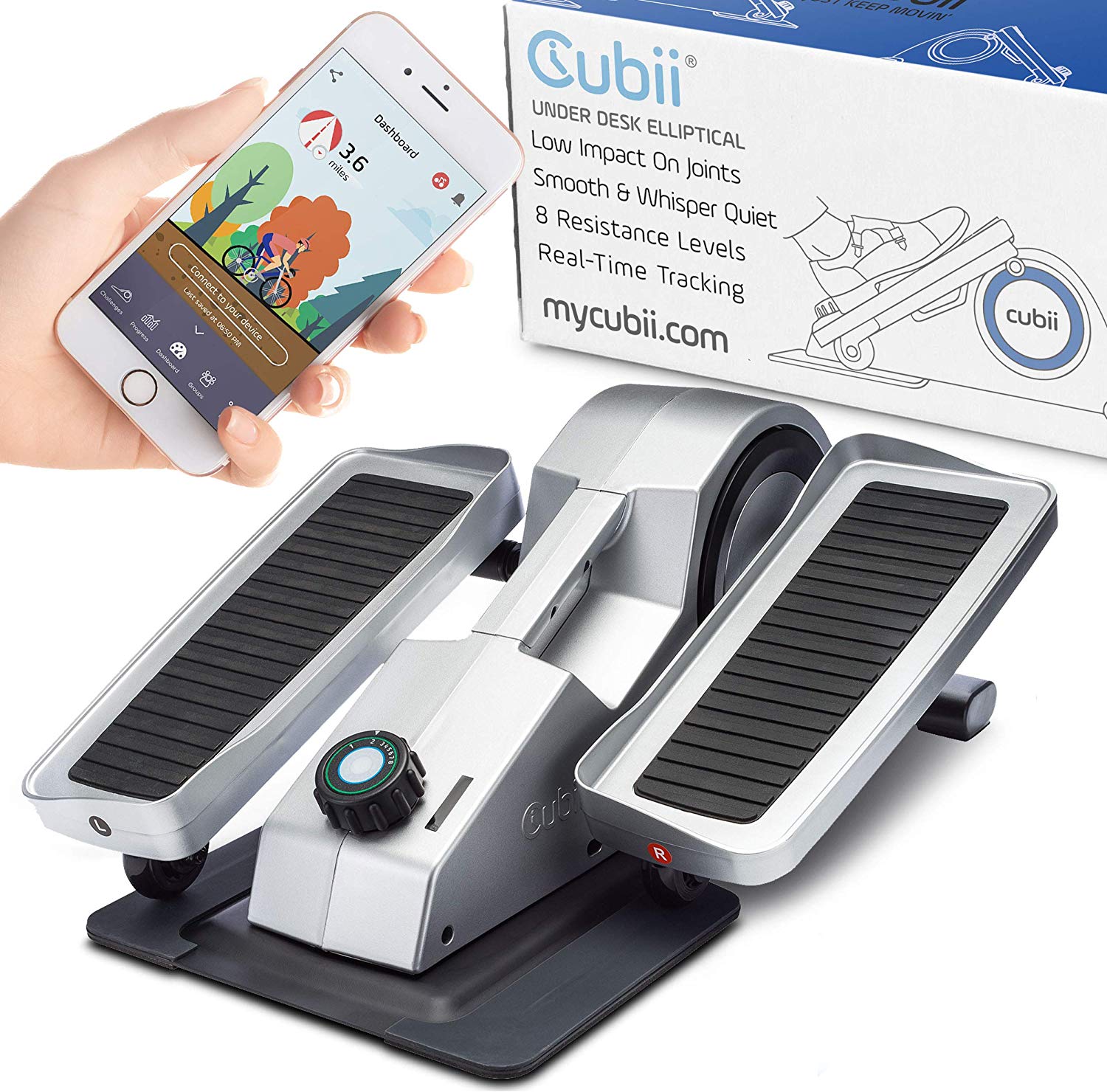 As of our latest Cubii review there are now five models to choose from: the base Cubii Move, the mid-level Cubii JR2, the Go, the JR2+ and the top of the line Cubii Total Body+. Here is an overview of all of them.

This is the new entry level model, essentially replacing the JR1. You get low impact elliptical motion, a basic LCD display, 6 resistance levels to choose from and the Cubii App. It's the most compact and lightest of all of the different models, at 17.6 lbs.

This is a step up model, adding a handle (missing on the Move), two additional resistance levels for a total of 8, and available in green rather than blue like the base model. Otherwise, the two are very similar.

Stepping up (no pun intended) you have the Go model, another new lightweight model like the JR2. This one is available in gray/orange color and is the only Cubii elliptical that comes fully assembled and ready to Go. (See what we did there?) It has a retractable handle and wheels for portability and is a little heavier than the JR2.

The JR2+ is the same as the JR2 except it has Bluetooth technology to sync with the Cubii App, so you don't have to manually enter all of your data as you do with the other models. It comes in the same blue color as the base Move model.

The newest model in the series has an upgraded handle and wheels, plus something none of the other models have...an upper body workout with pulleys. So if you are looking to engage the upper body as well this is a good choice for you. You also get 4 additional resistance levels for a total of 12.

Next up the ladder you have the Pro model, which is $100 more at around $349. It's available in silver with black track and logo, or black (noir) with red track and logo.

The Pro has all of the features of the Jr. model, but adds Bluetooth capability. This allows you to use the free Cubii app to keep tabs on your workouts and also sync with your FitBit or Apple Health.

The limited edition Cubii Elite, at $349, is identical to the Cubii Pro, except it has a premium wood finish so it might look better in your home or office as far as matching the decor.

All of the Cubii ellipticals are compact so they will fit in anywhere.

At around 17-20 pounds, depending on what model you choose, they're not the lightest under desk ellipticals, but they're also sturdier than most. They all have a handle for easier portability.

Do the Cubii Ellipticals Give You a Good Workout?

The Cubii works like any under desk or compact elliptical. You simply place it on the floor, choose your resistance level 1-8 (12 on the top end Cubii Total Body+), and start pedaling. You'll need some clearance if you're sitting at a desk so you don't bang your knees while working out.

The elliptical motion is similar to what you do on a standing elliptical, albeit in a much tighter range. The Cubii JR2 we tested out was pretty smooth as far as the motion, and although it did make some noise it was not very distracting at all.

As regular elliptical users we started out at the highest resistance level, and after about 30-45 minutes of pedaling we did feel a good burn coming on. If you're just working away at a desk or sitting on the couch, it's a great way to get a workout in and burn some calories.

Is it the most awesome workout you will ever have? Absolutely not. You're obviously sitting and not standing, so you there's no upper body element to it. It's also a more compact stride as we mentioned, so if you're a regular elliptical user you'll have to get used to that.

But overall, for what it is it's pretty good, especially fo those who sit for extended periods of time, or don't have time to work out otherwise. 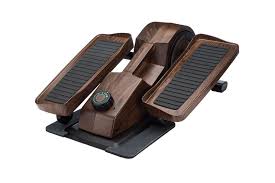 Which Cubii Elliptical Should You Choose?

If you can swing the additional $100, we would definitely opt for the Cubii JR2+ or Total Body+, simply because you get the Bluetooth connectivity that those models are lacking.

With Bluetooth you can download the free Cubii app and see your strides, distance, calories, active time and more. You can set goals for yourself, compete with friend and get alerts to remind you to train.

You can also sync your results with Fitbit and Apple Health, and keep track of your progress that way.

Although you don't need the app to work out, it's definitely a great motivational tool to keep you moving in the right direction.

If you don't need to sync your workouts and are OK with using the Cubii app manually, any of the basic models will be just fine for you.

How Do They Compare to the Competition?

There are a number of players in the compact/under desk elliptical market, and they all have their pros and cons.

The Cubii ellipticals are definitely on the higher end price wise, but they also have more functionality so that makes sense.

There are under desk cyclers for under $100, but those are a bit different as they are pedalers similar to an exercise bike, as opposed to what we're discussing here which are elliptical trainers.

Stamina makes a version called the Compact Strider, which is a little over $100 on sale. It comes in three different color choices and has a resistance knob.

It's about the same size and weighs about the same as well. However, it's not as sturdy as the Cubii compact elliptical and does not have the Bluetooth capability of the Pro and Elite models.

Sunny Health & Fitness makes a similar model, that is slightly more expensive than the Compact Strider.

Perhaps the most similar competitor is the DeskCycle Ellipse, which comes with its own app and ability to sync to Fitbit just like the Cubii elliptical.

What makes the Ellipse a bit difference is the ability to remove the display from the machine and place it anywhere in the included stand. It is also similarly priced, although we like the motion a bit better on the Cubii.

FitDesk also has an under desk elliptical, although it has a lower weight capacity of 250 lbs. vs 300 lbs.

What's the Bottom Line on the Cubii Ellipticals?

If you're thinking of buying a Cubii elliptical, check out all five models first to see which one is right for you.

All three are very compact, well designed, and will give you a good under desk or general seated workout. You can choose from 8 different resistance levels to make the workout more challenging, and change it up from one day to the next.

We would opt for the Cubii JR2+ or Total Body+ if budget allows, as the Bluetooth capability makes all of the difference and makes your training much more interesting.

Also check out the other options out there like the DeskCycle, FitDesk, Stamina and Sunny Health & Fitness compact ellipticals.